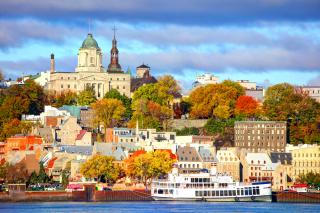 For over 50 years the importance of protecting health has been recognized in many areas of public policy. Concepts and approaches for actually including heath considerations in assessment processes, however, were not elaborated until the 1990’s. Since then, the resulting framework and methods of Health Impact Assessment (HIA) have developed rapidly. HIA is now applied to policies, programs, and projects in a range of non-health fields, such as the environment, spatial planning, housing, education, transport, agriculture, water management, energy, climate change, economics, and social. The aim of HIA is to assist decision makers by assessing the potential effects (direct and indirect, positive and negative) on the health of populations and on health equity. The process also formulates recommendations to manage the assessed effects based on contextual and scientific information. HIA can be carried out at municipal, regional, national and even international levels. The extent to which it is institutionalized depends on legislative and statutory mandates and policy orientations related to human health and its determinants and the capacity for intersectoral cooperation.

To be noted, sometimes HIA is described as a six step procedure, with reporting and recommendation appearing as two distinct steps.

Why is HIA useful for decision making in planning?

Planning has important effects on population health because access to transport, housing, facilities, and green spaces can all influence physical health, mental health and health equity. HIA has been used in many countries and regions around the world as a useful tool to promote health in many planning contexts. By providing information on the health consequences of implementing different planning options, HIA can enable decision makers to choose optimally from among options to improve positive, and reduce negative health outcomes. Another benefit of HIA is that it contributes to a more transparent planning process and facilitates the involvement of the community in planning decisions that affect it. Also, HIA can foster better cooperation among various authorities and decision makers involved in the planning process.

An example of HIA implementation in a local context: The case of Québec City

The province of Québec was one of the first jurisdictions in Canada to introduce HIA to support decision making. Québec government policy directions for land use planning require improving the quality of life in urban settings by taking into account, among other things, health, safety, and environmental protection. In addition, various government policies and programs recommend the use of HIA. These include Québec’s Public Health Program (2015-2025) and the policy for Population Health Improvement (2016). Given this favourable context, the municipality of Québec initiated an HIA implementation project as a new way of improving its citizens’ quality of life. The key objectives of this ongoing project are to perform HIAs of different scales (regional, local, site-specific) within the context of existing urban planning processes, to build regional intersectoral capacity, and to assess HIA implementation within urban planning. Three main groups of actors are involved in the HIA process in Québec City:

Several HIAs were performed between 2014 and 2019 on urban planning projects in the Québec City region dealing with contexts, such as urban sustainable development and urban renewal. Physical and social environmental determinants of health were evaluated in all HIAs, including factors, such as air quality, noise, urban heat islands, social capital, access to green spaces, street walkability, and housing. For each project, the assessment revealed aspects of plans that could have positive health effects, for example, active transportation corridors and improvement of existing parks and green spaces. Several sources of potential negative health effects were also identified, including the creation of large outdoor, paved parking lots and issues related to increased traffic volume. All projects received clear and feasible recommendations to minimize the risk of negative health effects and maximize the potential for positive ones. These included incorporating supported housing to increase diversity within developments and encouraging community gardening and increasing green space to improve air quality. Most of these recommendations were used by the city authorities, private proponents or both to modify the original project.

The HIA experience in Québec City resulted in a range of positive outcomes. Firstly, facilitating the consideration of health issues in specific urban planning processes was greatly appreciated by urban planners. Secondly, HIA was perceived as a tool that helped the Québec City administrators and the regional public health agency stakeholders to develop a common language and framework for addressing the social determinants of health in planning processes. Thirdly, the initiative led to the development of new positive intersectoral collaborations, in particular between the municipal authorities responsible for urban planning and public health professionals. This was possible for several reasons:

Useful lessons for dealing with challenges also emerged. One of the first challenges encountered was the skepticism among private proponents. However, much of this was dispelled once the potential of HIA to improve project and program outcomes was explained, and processes were in place to ensure that proponents were involved in all steps of the assessment. Another difficulty we faced was involving the affected community in the HIA process because often the HIA timeline was very short (e.g., two to three months). To deal with this issue, a community worker with very good knowledge of the needs of the local communities was included in the HIA working group. Also, when available, the results of the municipal public consultations on a proposal under review were used.

To learn more about HIA

Thierno Diallo joined the NCCHPP's team as a scientific advisor in June 2018. He holds a PhD in Environmental Sciences from the University of Geneva. He completed his doctorate on the use of health impact assessment (HIA) to assess the health co-benefits of climate change mitigation policies. As a postdoctoral fellow at the Université Laval, his research focused on the integration of HIA into the urban planning process in Québec City.