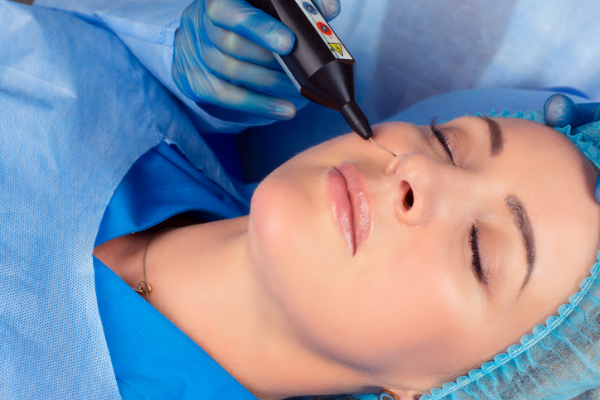 A growing number of personal services present challenges to environmental health practitioners (EHP) involved in inspection and oversight of operators.  Recently a number of procedures have come under scrutiny because they border on procedures that are regulated by a college (e.g.: Colleges of Physicians and Physical or Occupational Therapists).  Regulated procedures such as skin tag removal and hyperbaric chamber treatments are not inspected by EHP.

There are other procedures for which classification is not as clear cut because they may take place in either a PSE setting or within a clinic that is regulated by a college.  Only procedures taking place in a PSE are overseen by EHP.  In addition, some equipment requires a Medical Device License Listing (MDALL) and the condition of the MDALL may dictate place of use.  Without a license, the equipment cannot be imported or sold in Canada.

The table below provides an overview of the relationship between the PSE jurisdiction and the issues of   regulation, licensing and the location of a procedure.  Two illustrative examples are also elaborated. Procedures that depend on the place in which they are conducted

Kinesiologists operate in a number of settings and the nature of the setting, rather than the procedure itself often determines whether an operator is overseen by EHP.  Within medical or physiotherapy practices, Kinesiologists are under the jurisdiction of the relevant college.  Outside of such regulated practices, EHP are responsible for oversight.

Plasma skin tightening (also known as Plasma Fibroblast, Plasma Arc, Plasma Lifting) is a cosmetic procedure that works by desiccating the upper level of the epidermis using a cold plasma laser system.  Originally developed to promote wound healing, the system is currently marketed for a variety of conditions including acne scars, wrinkles and sagging skin.  The procedure has been used in clinical settings for a number of years and the literature appears to indicate that it is both safe and effective.  It is not regulated by the College of Physicians and Surgeons and is classified as a medium level risk personal service procedure; however, Health Canada classifies plasma pens as a Class III Device .  A review of MDALL revealed that none of eight devices commonly advertised has the required Licence.  In addition, the US FDA has recently reclassified these devices from its Class I to its Class III category.   Although the devices cannot be legally sold in Canada, some may already be in use and this places onus on health authorities in deciding  whether to require establishment to stop using the devices.

Acknowledgement:   This blog originated from a number of cases discussed within the BC Health Authorities Personal Services Council.  We are grateful for HAPSEC members for contributing their perspectives.