Cannabis poisoning in BC: Insights from poison control centre calls 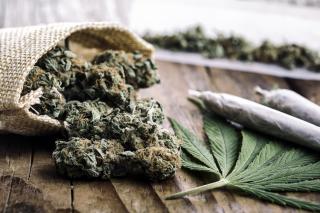 This blog is a synopsis of a recent seminar entitled “Calls to the British Columbia Drug and Poison Information Centre on the Cusp of Cannabis Legalization”, presented in our 2019 NCCEH Environmental Health Seminar Series. Please see the video for a full description of the project and its results.

Cannabis legalization has sparked fears that the broad availability of this psychoactive substance may result in an increase in usage, increase the likelihood of accidental use, and increase the risk of adverse effects. Although several groups have surveyed Canadians regarding their cannabis usage and perceptions, we have a very poor clinical understanding of cannabis misuse and/or poisoning and why it happens. To rectify this, we used anonymous poison control centre data, collected by certified pharmacists, nurses, and toxicologists, to explore trends in cannabis exposures and their effects in the period leading up to legalization (2013-2018). Call centre data revealed a tripling in the total number of cannabis-related calls over this period, as well as an increase in calls involving young children. We also observed trends in the type of cannabis being used with detrimental effects (e.g., edibles vs. smoked cannabis), and changes in the source of cannabis products (e.g., online, retail outlets, friends, etc.). Clinical outcomes varied, and were dependent on a number of factors, including the presence of other illicit drugs or medications.

Who is using cannabis?

Overall, we identified 2,318 cannabis-related calls made to BC’s Drug and Poison Information Centre (DPIC) from 2013-2018. Over that period, the number of calls per year tripled, from 241 calls in 2013 to 644 calls in 2018. From 2013-2016, more cannabis calls to DPIC concerned men than women; however starting in 2017 DPIC received calls about men and women in equal proportion. Broken down by age, the proportion of calls involving young children (0-12 years) increased the most compared to the number of calls in any other age group. The majority of calls involving young children were from parents or other family members alarmed because their child had consumed a cannabis cookie, brownie, or gummy. These data highlight the importance of creating cannabis products and packaging that are not appealing to children and keeping them safely out of reach.

What types of cannabis were involved in DPIC calls?

Call centre data revealed that the proportion of calls involving edibles and cannabis-based medications increased over time, whereas calls about smoked cannabis products decreased. Notably, many of the cases involving adverse effects were from people exposed to cannabis products that are new and/or not yet regulated, including gummies, oils, and capsules (illegal until October 2019). Many of these products were reportedly purchased from unlicensed stores or online sources. Because these products are unregulated, the lack of standardized dosing and/or a poor understanding of how to use them likely contributed to the number of calls received.

Regarding edibles in particular, we observed an increase in calls involving hard candies, gummies, and jellies. The slow onset of edible products appeared to play a role in these cases. These calls often involved novice adult users of edible cannabis products who either took too high of an initial dose, or supplemented their initial dose when they did not feel any effects within a short period.

Where is the cannabis coming from?

Although the majority of callers did not reveal the source of their cannabis, the data identified a number of typical sources, including: friends; home-made products; products purchased online; prescription cannabis; products purchased in a store; cannabis obtained from strangers; and “other” sources, such as obtaining products from the 420 event or second-hand smoke exposure. Over the study period, cannabis products were increasingly obtained from stores and online sources, rather than via a prescription or through a friend or family member.

What type of adverse effects are we seeing?

For the most part, cannabis exposures reported to DPIC resulted in minor clinical outcomes. Children who were accidentally exposed to edibles more commonly experienced drowsiness, whereas teens and adults reported feeling agitated and anxious at a higher frequency. Although cannabis exposure alone rarely resulted in severe outcomes for adult users, adults who consumed cannabis with other substances, including illicit drugs and acetaminophen in excess quantities, showed a trend toward moderate outcomes rather than minor ones. This suggests that combining cannabis with other substances may increase the risk of more serious outcomes.

As the Canadian cannabis industry grows and new and varied products become available (e.g., concentrates, vaping liquids), public health practitioners will need mechanisms to track trends in cannabis use and respond to emerging issues. Although poison control centre data capture only a fraction of cannabis exposures and thus may not be representative of all users, the detailed information captured through these interactions may be very useful for policy development, setting industry standards, and designing public education campaigns. Canadians are currently served by five poison control centres across the country, each of which collects information on cannabis exposures. By expanding and standardizing the way we document cannabis-related calls, we can further improve our understanding of nationwide cannabis exposures, and create a solid evidence base for public health interventions where necessary.

About the Author:  Tissa Rahim (M.Sc.) is a project coordinator with Environmental Health Services at the BC Centre for Disease Control. In addition to analyzing data from BC’s Drug and Poison Information Centre, Tissa is also the co-lead of a national project that aims to enhance cannabis-related data quality and comparability across the five Canadian poison control centres.