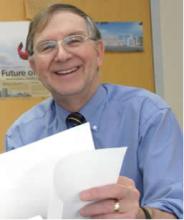 Dr. Dosman is credited with establishing the Agricultural Health and Safety Network in Saskatchewan, a farm safety and rural public health municipal based grass-roots knowledge translation organization involving, by 2014, 30,000 rural families. Dr. Dosman received the Award for Meritorious Service to the People of Saskatchewan from the Saskatchewan Association of Rural Municipalities in 2001. He was awarded the University of Saskatchewan Award for Distinction in Public Service and Extension in 2003, was inducted into the Canadian Academy of Health Sciences in 2005, and received the Saskatchewan Order of Merit in 2005.  In 2007 he received the Dean Stueland Scholar Award from the National Farm Medicine Centre, Marshfield, WI, USA.  In 2007 he was instrumental in founding and was named President and CEO of Agrivita Canada Inc, a not-for-profit company aimed at promoting research, public health and safety in agriculture. In 2009 he was bestowed an Honourary Membership in the Canadian Medical Association and was named among the 100 most influential alumni in the 100 year history of the College of Arts & Science, University of Saskatchewan. In 2010 he was named Distinguished Research Chair, University of Saskatchewan, inducted as a Fellow of the Royal Society of Canada and named an Officer of the Order of Canada, and in 2011 he was inducted into the Saskatchewan Agricultural Hall of Fame. He is married to Susan McKay Dosman. They have 5 children.